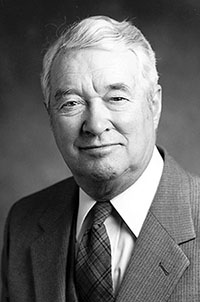 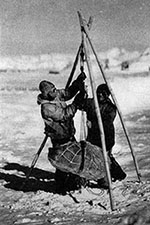 The Ecological Society of America (ESA) named Dr. Lindsey, Purdue professor of plant ecology, Eminent Ecologist of 1976. This recognition only begins to suggest the tremendous legacy Dr. Lindsey left behind. As a graduate student at Cornell University, Al Lindsey was selected to be the vertebrate biologist for the second Byrd expedition to Antarctica from 1933 to 1935, where his influence was so pronounced that Admiral Byrd had 12 islands off the coast of Antarctica named the Lindsey Islands, after him.

Below is an excerpt from the statement of recognition awarding Dr. Lindsey as Eminent Ecologist of 1976.

More than the 7 books, over 70 technical papers, book chapters and reviews Lindsey has produced, there remains the image of a wholly concerned human being, a man of stern self-discipline but compassionate insight, who quoted poetry at length over the tedious portions of field work, but who would severely chastise the length and verbiage of this citation with a reminder of the cost per word to print it. To a dedicated scientist, teacher, editor, poet, and supremely human being whose sustained commitment continues today, the Ecological Society of America is proud to award Alton Anthony Lindsey the title – Eminent Ecologist.

Below is a video of Al Lindsey commenting on the Ross Biological Reserve and the creation of the Lindsey Laboratory. Captions are included.